Grid Tie Setup basically sychronizes its generated power with your local grid. Surplus power are fed  back to the grid and perhaps earn credits from your Distribution Unit (SDG&E, Meralco, Socoteco, etc.) while Off Grid Setup is completely independent to the grid. It requires proper coordination with your local grid provider. It may not be legal on some countries.

Full Grid Tie Setup is the cheapest setup at all. It's all because the system doesn't require any power storage devices such as batteries. The Grid Tie Inverter is more expensive than regular of Off-Grid Inverters. Batteries are very expensive and it will not last for more than 5 years and that makes full Off-Grid Setup more expensive and the return of investment slower. Hybrid Off-Grid inverters (HOG) may be the most expensive but it requires less number of batteries. With Hybrid Inverters, batteries are designed to power critical loads such as lights, radio, modems, servers, phones, and etc. during the absense of the grid. The HOG will only only use the batteries during power failures that makes the battery life longer. HOGs may act like a giant UPS.

This government program is only intended for inverters that feeds its surplus power back to the grid.  It doesn't apply to Off-Grid Setup. In a scenario, if you have 500w Grid Tie Setup, and your loads only require 100w, then the remaining 400w will be feeded back to the grid. At this point, you will notice that your electric meters runs backward. This program allows you to sell your surplus power to the grid and earn credits from it. If your local grid is not using a bidirectional electric meter, the energy you sent to the grid will be considered as consumption. That requires the owner to register on Net Metering Program but it might have some corresponding fees. The Net Metering Program has two phases: Installation and Agreement. First, the local government and the grid engineers will thoroughly check your equipment and installation. After that, there will be an agreement on how they are going to pay you. That includes the contract signing. If Net Metering Program is not available in your area, and your local DU is using unidirectional meter, there are special Grid Tie Inverters (GTI with Limiter) that are capable to prevent power export.

Basically, the Grid Tie Setup will never get overloaded bacause it gets two distinct power sources: the solar panels and grid. If you have a 500w Grid Tie Setup, and your loads requires 750w, the lacking 250w will be supplied by the grid. Off Grid Inverters will shutdown if it gets overloaded. In the case of HOG, only the terminal that energizes your critical loads has a possibility to be overloaded.

Since the Grid Tie Setup and Hybrid Off-Grid Setup gets the lacking power from the grid, you don't have to worry about its supply since the inverter works together (inverter is priority) with the grid to energize your load. You have an unlimitted power source but the power supplied by the inverter is the only one which is free. Off-Grid Setup has a limitted power sources, it depends on the DC supply (Solar Panels and Batteries) 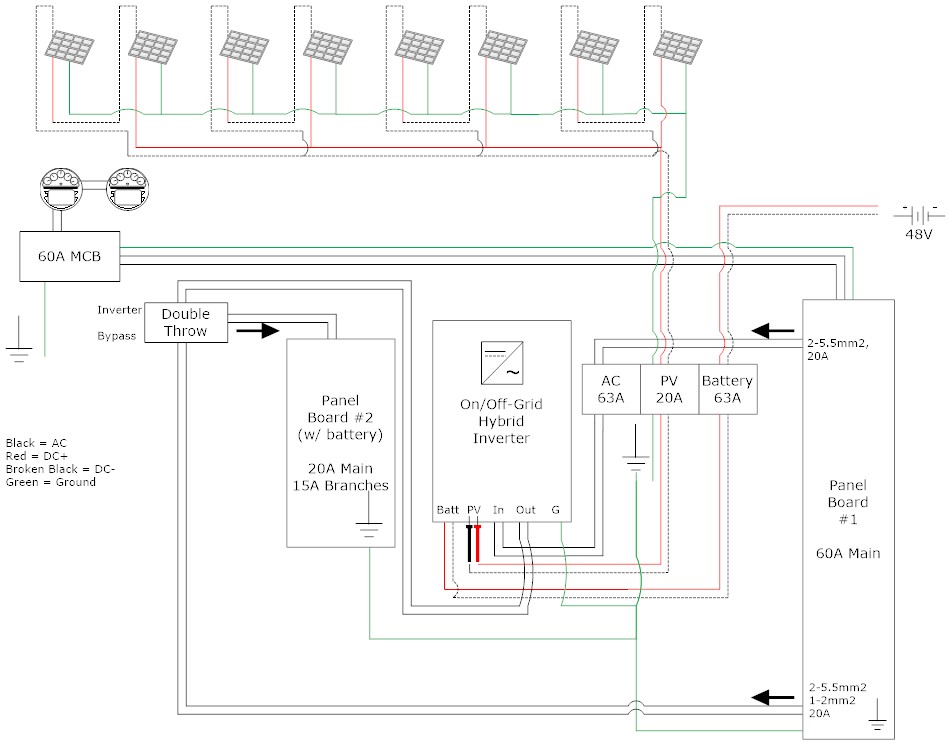 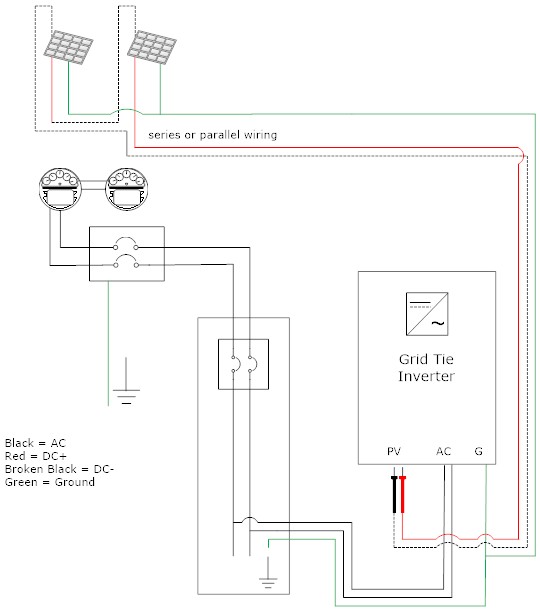 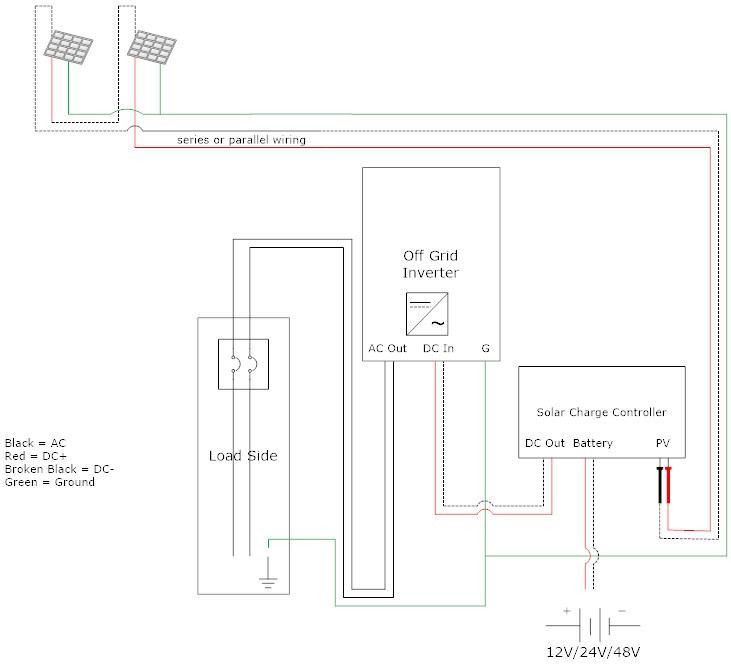 Back To Solar Power